First, some observers see a lull in the pickup in economic conditions. This is because of the significant impact of supply constraints in the automobile industry, which is probably a more cautious view in some sectors compared to the assessment of the Japanese economy as a whole. In addition, amid soaring energy and raw material prices, there is a situation in which small and medium-sized enterprises (SMEs) in particular are not able to pass on prices adequately, and an environment is being developed to achieve a proper price pass-on. In addition, the recent rapid depreciation of the yen has been viewed as bringing about a great deal of uncertainty in the formulation of corporate business plans, and stability in exchange rates is desired.

Second, on the financial front, although demand for funds has calmed down compared to when the infection first spread, there is likely to be a large degree of variation by industry sector. While there is positive demand for funds in the manufacturing sector, such as for decarbonization and digitalization, some firms in the food and beverage and lodging sectors continue to require financial support from financial institutions. Regarding the Bank's monetary policy management, we expect the Bank to continue its efforts to ensure a smooth supply of funds and to maintain financial market stability. Production and exports are at a standstill due to shortages of in-vehicle semiconductors and other products. Corporate earnings are also under downward pressure due to soaring raw material and energy prices. On the other hand, capital investment is maintaining a positive stance in response to decarbonization, electrification, and digitalization. As for personal consumption, although recent price hikes have made households more cautious about their spending, there are signs of a pickup as a balance between infection control and economic activity is being achieved, including the emergence of pent-up demand and support for nationwide travel. Looking ahead, the economy is expected to recover moderately, but there is still a great deal of uncertainty surrounding the overseas economy and resource prices.

Regarding exchange rates, the most important point is that they should remain stable, reflecting economic and financial fundamentals. The yen's recent depreciation, which has been progressing unilaterally and rapidly, is negative for the economy because it undermines the certainty of companies' business plans. I am relieved to hear that the government has intervened in the foreign exchange market several times, and that the unusual, one-sided, and rapid depreciation of the yen has been halted. As for future trends in the foreign exchange market, one of the reasons why the yen has weakened against the dollar until recently is that resource prices have risen sharply since Russia's invasion of Ukraine, and in the case of Japan, most of our energy, including oil and natural gas, is imported and traded in dollars. After the dollar appreciated against the yen due to increased real demand for dollars, the U.S. Federal Reserve began to raise interest rates rapidly and significantly, and this actually caused not only the yen but also other major currencies around the world to weaken against the dollar. This was the reason why not only the yen but also most of the world's major currencies weakened and depreciated against the dollar, resulting in the dollar's unrivaled strength, so to speak. It is difficult to imagine that the currencies of such countries will rise rapidly against the currencies of countries with low inflation rates, such as Japan, because the U.S. has raised interest rates so sharply because of concerns about inflation. In addition, although Japan's economy is expected to grow faster than its potential growth rate this year, next year, and the year after that, in the case of the U.S., the growth rate is expected to slow down considerably next year, partly due to the rapid tightening of monetary policy, according to the IMF and others. In the case of the U.S., the IMF and others are predicting a significant slowdown in growth next year, partly due to the rapid tightening of monetary policy. As a result of policy developments, Japan's economy is no longer in a deflationary situation, economic growth is recovering, and per capita GDP growth in the 2010s is expected to be just over 1%, which is roughly on par with the U.S. per capita GDP growth rate. This growth rate is almost comparable to the U.S. per capita GDP growth rate. On the other hand, the growth rate has recovered and deflation is no longer occurring, as 4 million or 5 million new jobs have been created and the labor force has been supplied. On the other hand, the price stability target of 2% has not been achieved, and the economy is still in the process of recovering from the Corona disaster. In the case of Japan, inflation is rising at around 3%, reflecting the rise in import prices, and this will gradually diminish over the next year, so the situation will remain such that the 2% price target will not be breached for the time being.

The economic and price outlook itself has changed slightly. The current growth rate has been revised downward slightly, while the current inflation rate has been revised upward, and the growth and price outlooks for the next and subsequent fiscal years have also been revised slightly. In terms of our basic view of risks, there are still significant downside risks to the growth rate. As for the rate of price hikes, upward risks are greater. In the main scenario, the price inflation rate for the current fiscal year has been revised upward and is projected to be around 2.9% for the fiscal year as a whole, and in the next fiscal year, it is expected to rise by about 1.6% as the impact of import prices gradually diminishes. The next fiscal year is expected to be about the same level, and monetary easing will be continued based on this outlook.

Wages have been increasing moderately in recent months, reflecting a recovery in overall economic activity, and we expect the rate of wage increases to increase in the future as well, as economic activity and labor supply-demand conditions improve, and as labor-management wage negotiations take into account the higher rate of price increases. In addition, I believe that wage trends will be evaluated not only in terms of superficial figures, but also in terms of the mechanisms behind them, to determine whether they will lead to the sustainable and stable achievement of the price stability target. In this sense, we pay the most attention to wage trends and structural factors, but on the other hand, wage trends are affected by various factors, including the current economic activity and labor supply and demand, as I mentioned earlier, as well as the rate of increase in labor productivity. The rate of increase in labor productivity, which depends on a variety of factors that are difficult to be influenced by monetary policy, also affects the rate of increase in wages, so we are aiming for stable and sustained price increases that are accompanied by an increase in wages. Other countries have also set price stability targets in various forms, and these targets have become the most important markers of monetary policy management, but no central bank has set the rate of wage growth as a marker. Since factors such as the rate of increase in labor productivity, which are not directly affected by monetary policy, also have an impact, prices will not be sustainable and stable unless they are accompanied by an increase in wages and wage growth.

Not only the current rate of price increase, but also the forecasts for price increases in FY2023 and FY2024 have been revised slightly upward. Although the inflation rate has not yet reached 2%, the upward revision reflects the fact that wages are expected to rise as the economy continues to grow relatively steadily, the supply-demand gap is no longer negative and has turned positive, and the supply-demand gap is expected to widen. In addition, prices have been raised slightly from the previous forecast, especially in FY2024, to a considerable extent. In this sense, wages are rising moderately, the supply-demand gap has turned from negative to positive, and the labor supply-demand balance is tightening further. Nevertheless, the current outlook still indicates that the 2% price stability target will not be reached in either FY2023 or FY2024, so it is important to continue to firmly support economic growth, further tighten labor supply-demand balance, and achieve a steady increase in wages, so that prices will rise in a sustainable and stable manner. In the 2010s, GDP per capita grew by more than 1%, deflation disappeared, corporate profits increased significantly, and 4-5 million new jobs were created. On the other hand, wages and prices did not rise as much as they should have in light of the improvement in the economy and economic conditions. Now, on the other hand, prices are rising due to higher import prices, and the GDP gap will soon turn from negative to positive, which will further tighten the labor supply-demand balance. The current employment rate of women is higher than that of the U.S., and the elderly population is also expected to increase, as the so-called baby boomers are now entering the latter half of their lives at the age of 75. In such an environment, if the labor supply-demand balance tightens, wages will naturally rise. 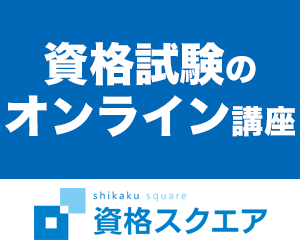